There are different displays at the Hendersonville Public Library, off Main St. down 3rd Ave. Pisgah Forest Pottery has been exhibited frequently.

Walter B. Stephen had operated potteries in Tennessee and in Skyland, North Carolina, then moved to Pisgah Forest in 1926. END_OF_DOCUMENT_TOKEN_TO_BE_REPLACED 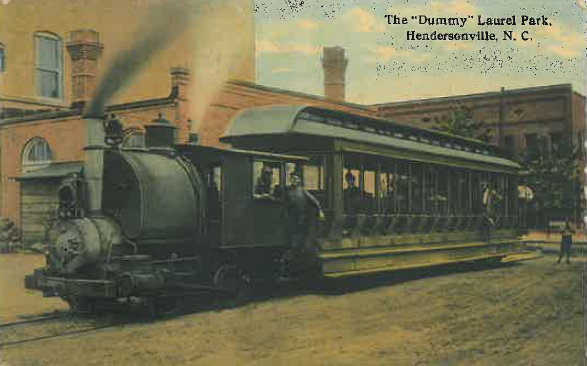 A dummy engine was a steam engine enclosed in a wooden box so that it would look like a coach. This was common then, when a train operated on city streets. They thought this would be less likely to frighten horses. END_OF_DOCUMENT_TOKEN_TO_BE_REPLACED

Hendersonville used to have a Romanesque Opera House on Main Street, where the Village Green Antique Mall is now.

There is an inscription on the building that is now Village Green Antique Mall at 424 N Main St in Hendersonville. END_OF_DOCUMENT_TOKEN_TO_BE_REPLACED