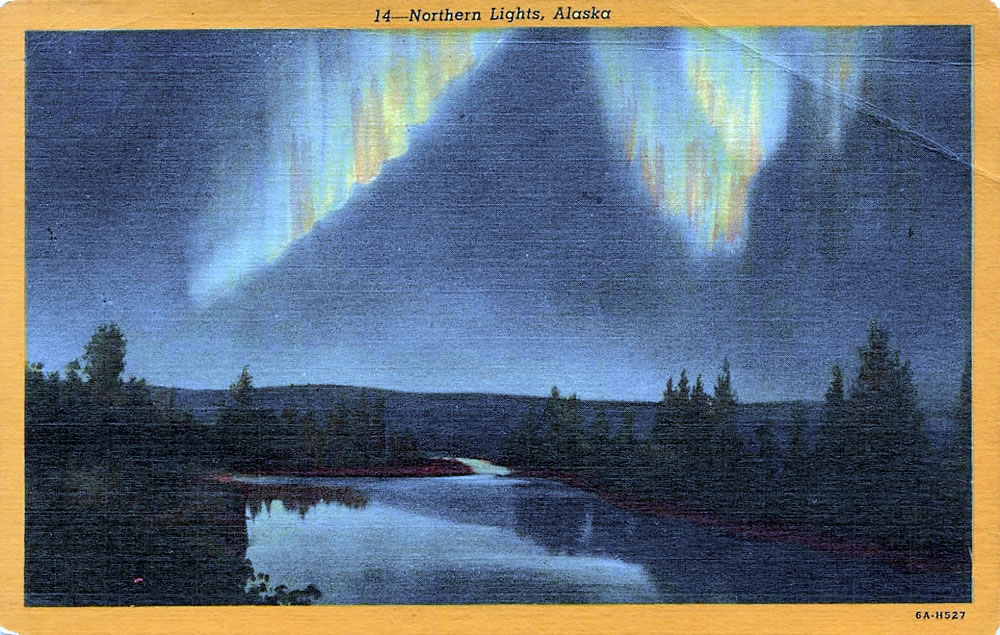 Auroras – The Northern or Southern Lights are named for the Roman goddess of the dawn, Aurora.

The Northern Lights are called the Aurora Borealis, Latin for Northern Dawn.

The Southern Lights are called the Aurora Australis, Latin for Southern Dawn.

The lights are called the Polar Aurora or Aurora Polaris, Polar Dawn.

The Aurora often begins with a reddish glow on the northern horizon. The aurora usually changes to green, with some areas of red and violet.

What causes the lights?

A full understanding of the physical processes which lead to different types of auroras is still incomplete, but the basic cause involves the interaction of the solar wind with the Earth’s magnetosphere…

The details of these phenomena are not fully understood. However it is clear that the prime source of auroral particles is the solar wind feeding the magnetosphere, the reservoir containing the radiation zones, and temporarily magnetically trapped, particles confined by the geomagnetic field, coupled with particle acceleration processes.

The lights are caused by the magnetosphere, earth’s magnetic field and ionized gas, plasma in the solar wind.

Molten metal, iron in the Earth’s core, forms a fluid dynamo. It rises, falls and twists as the earth rotates.

This creates electric currents that generate magnetic fields at the poles.

Particles of radiation in the solar wind are trapped by these magnetic fields. When these particles reach the magnetic fields, atoms in our atmosphere are excited and produce visible light. Different atoms product light in different wavelengths.

Lights from atomic oxygen starts out with a dark red glow. As it climbs higher, it takes on the green glow.  Light from nitrogen is blue and purple.

When there are sunspots, solar flares send out more particles, so the auroras are more spectacular.