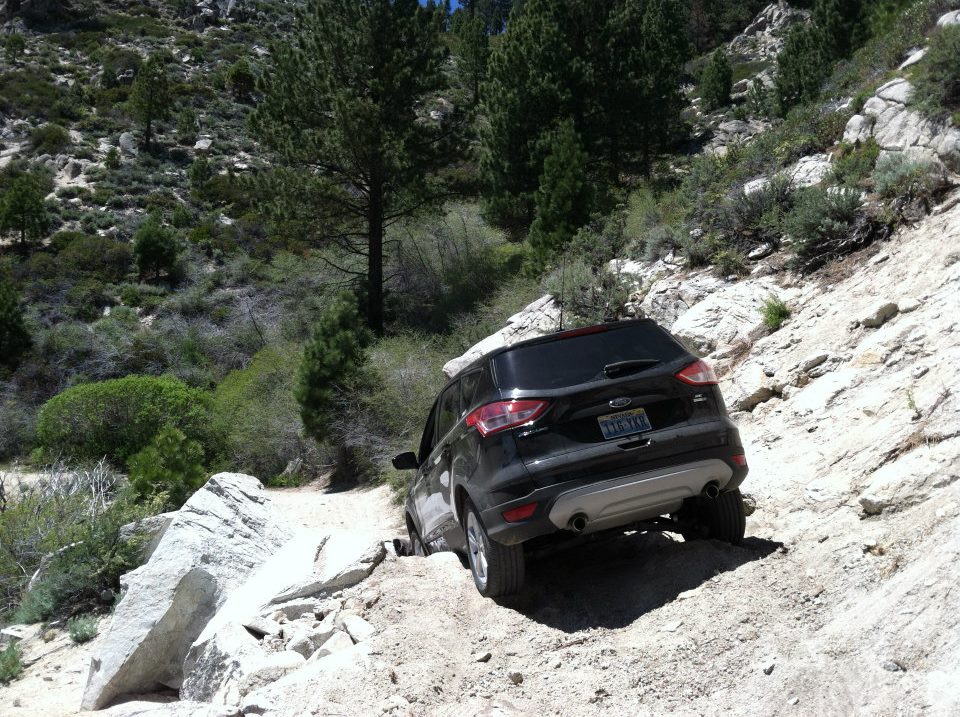 We took the extended family to Lake Tahoe on vacation. Our son, his wife and the three granddaughters drove up from San Francisco. Our daughter and her husband were flying into Reno. On our way to pick them up, they called and told us their plane was going to be delayed. We were driving around Carson City, just exploring.

We were at the Nevada Bicentennial Tree, a huge cottonwood. We had a couple more hours, so we looked to see what was nearby. One direction was the Historic Downtown, which we had just driven through. The other direction said Kings Canyon.

Well, that sounded appealing. Let’s drive to Kings Canyon. We checked in on Facebook. In case we never returned, they would know where to find the bodies. We drove a little while and got another call that our daughter’s flight was being diverted. They would rent a car and drive in from Sacramento. So, with more time, we saw that there was a nearby waterfall and went to look for it. The GPS said that it was even a shorter route back to the resort than going all the way back into town. And it was beautiful!

See that road? That is not the road we were on. We thought it was, but it wasn’t.

At first the road was just fine. We could even see tire tracks. We weren’t the only people out there.

By the time we realized it wasn’t, it was too late. It was too narrow to turn around and too far to back up.

It wasn’t really dangerous. We weren’t going to get killed. Just embarrassed.

We could see the other road, but we couldn’t figure out how we were going to get the car out of there. Cliff got out a few times just to check to make sure the tires were still on the road, since the road was certainly narrower than the rental car.

Then we got to a rock slide. We could see where someone else had been over it, but it looked more like 4-wheeler tracks… After checking it out, Cliff decided we’d try it.

The rental car slid off the rocks and wedged itself. We couldn’t even get the doors open.

Cliff had to climb out the back. He jacked up rocks and the car until he got us un-wedged.

When we got back, we looked it up to see where we even were.

Here is a GoPro view of where we were. He is going the opposite direction, though.

So, this is where we were.

Kings Canyon Road was at one time the main road. But it had not been maintained in a very long time.

We had driven over Spooner Summit. It connected Carson City to Sacramento and San Francisco. It was a major route to bring timber for silver mines. “At its peak the Comstock consumed about 80 million board feet of lumber and 2 million cords of firewood each year. About 300,000 board feet of wood passed over Spooner Summit each day.” http://shpo.nv.gov/historical-markers/261

The route was completed as Kings Canyon Road in 1863 when about 5,000 teamsters were moving goods to the Comstock.

Swift’s Station was about two miles east of Spooner Summit on the Kings Canyon Road.

in 1928, a paved road was put in through the canyon below, which eventually became US50. This is the road we could see.

We never did find the waterfall. We should have parked when the road turned to dirt and walked five minutes up the hill.